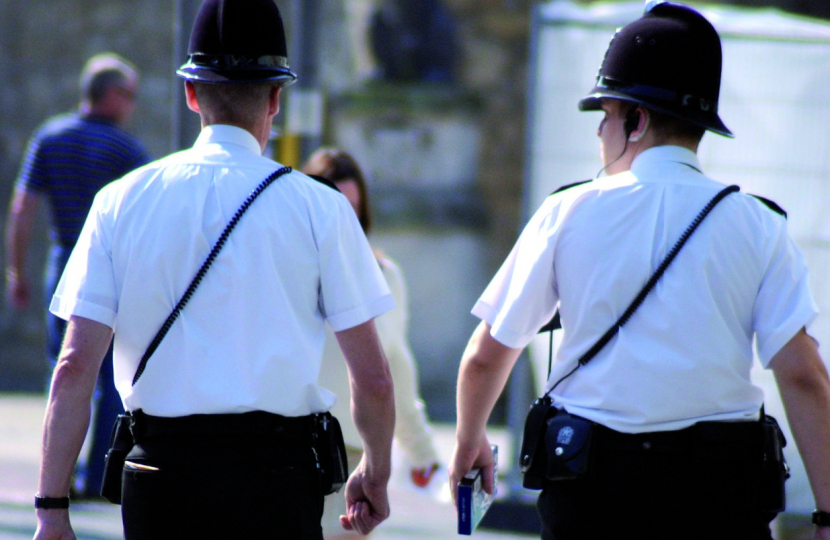 Lincoln’s MP, Karl McCartney, has welcomed the announcement that 200 police officers have been recruited in Lincolnshire since September 2019, bringing the total number of officers up to 1,220 across the County.  Increasing the number of police officers in Lincolnshire was a core pledge that Karl gave to the people of Lincoln at the 2019 General Election – and it is being delivered.

The latest figures are part of the Conservative Government’s overall drive to recruit 20,000 more police officers on the street by March 2023, and puts the Government on track to fulfil its manifesto commitment with 13,576 (68% of the target) now being recruited.

This builds on the action already taken by the Conservative Government since Boris Johnson became Prime Minister two years ago – including boosting police funding to a record £15.8 billion and delivering £70 million through the Safer Streets Fund to make neighbourhoods secure.

On receiving this welcome news, Lincoln’s MP, Karl McCartney, said: “Keeping people of my constituency safe and cutting crime is always a key priority of mine in ensuring Lincoln is the best place in Britain to live, work, study and visit. Increasing police numbers was a key pledge of mine and the Conservative Party during my 2019 election campaign and it is clear this, with support from the Conservative Government, is being delivered.

“Labour of course are not interested in policing and that when it comes to law and order, only the Conservatives actually deliver. As well as the extra police officers, we are increasing sentences for serious offenders and building more prison places.

“I am looking forward to continuing news of even more police officers being recruited for Lincolnshire over the coming years. It shows the long term commitment we Conservatives have to protecting the people of Lincoln, Skellingthorpe, Bracebridge Heath and Waddington East.”