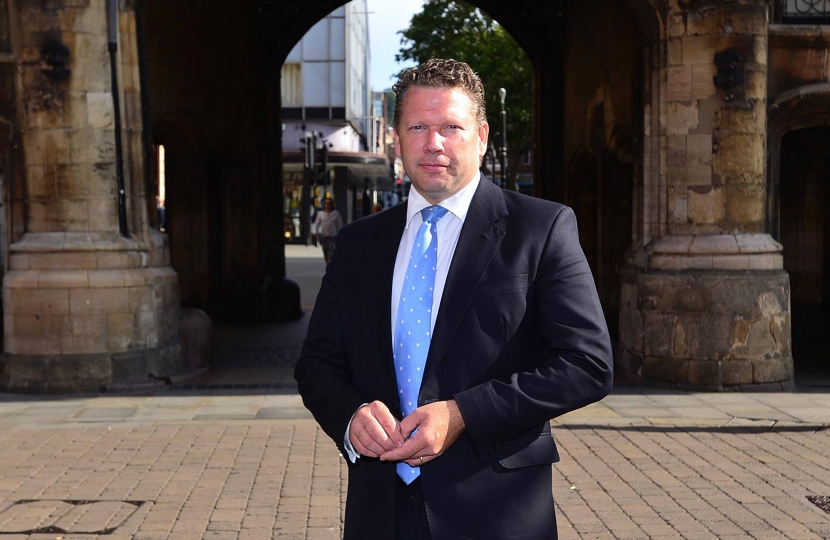 Karl was born in Birkenhead in 1968, lived on the Wirral with his two brothers, Mother, a nurse, and Father, a pipefitter and welder. He was also influenced by his wider family including both sets of Grandparents, especially his maternal Grandfather who was a plasterer. Karl was educated at local schools: Woodfall Lane, Birkenhead School for Boys, Neston High School and then later at Willink School in Berkshire. He read geography at St David’s University College in Lampeter, where he was the Student Union President and captained the Welsh Universities’ Football Team.

Karl worked as an election agent and researcher at Conservative Party Central Office in the early 1990s, he also worked with various Lord Mayors of London in the City in the late 1990s. He later took an MBA at Kingston University Business School and then worked as a Management Consultant for a number of clients and agencies including Westminster City Council, Transport for London and the Strategic Rail Authority before working directly for Terry Smith at Collins Stewart and Tullett Prebon, and was the successful Campaign Director of the ‘Sir Keith Park Memorial Campaign’. In 1999 he received the Freedom of the City of London. He has also been a Parish Councillor and school governor and since 1999, a Magistrate.

He moved to Lincolnshire after being selected to fight the Parliamentary constituency of Lincoln and reduced the Labour majority in the 2005 General Election. Five years later a further vote swing of nearly 6 per cent saw him elected as Lincoln’s Conservative Member of Parliament, which is now the oldest constituency in existence since the 13th Century.

By “Putting Lincoln First”, he has always been a strong advocate for the City and notable successes have been secured in seeking resolutions to the City’s many transport issues. Since 2010, he has been able to secure funding for the East-West Link Road in the centre of Lincoln, the vital Eastern Bypass (opened in Christmas 2020), dualling sections of the Western Bypass and a wide range of bottleneck and pinch-point improvements. Karl has also helped secure initial weekday direct services to London and then six daily Direct Trains to and from London, improved cross-country train services and Level Crossing Footbridges in the City Centre. He also secured £11 million funding from DfT for Lincoln’s Transport Hub.

The Cathedral City of Lincoln is situated in one of the largest Counties in the United Kingdom and Karl has been a vocal supporter of traditional Conservative values in the House of Commons. In 2012 he was elected by his Conservative Backbench colleagues to the Executive of the influential 1922 Committee and throughout his time as a Member of Parliament, he has continuously been re-elected to the same position.

In 2012, Karl was also elected onto the Transport Select Committee, which is charged by the House of Commons to examine and scrutinise the expenditure, administration and policy of the Department for Transport and its associated public bodies. Throughout his in Parliament, he has continuously been re-elected to this Committee.

Karl was a prominent Leave Campaigner in the EU Referendum of 2016, subsequently being elected by his colleagues to be a Member of the Exiting the European Select Committee (known colloquially as the ‘Brexit Committee’) in 2016, and he led the successful political campaign across Greater Lincolnshire during the EU Referendum. Also, during the 2015 - May 2017 Parliament Karl was a leading advocate in the House of Commons in tackling the educational underperformance of boys and the gender education gap, and also for ensuring there are curbs on false whiplash car injury insurance claims.

In 2019, Karl was successfully elected again to be Lincoln’s Member of Parliament, with a majority of 3,514. This majority was nearly 2,500 votes higher than when he was first elected to represent the Parliamentary constituency in 2010. He continues to support transport investment in and around the Constituency, champion local business and is a huge supporter of the wonderful heritage that forms the beating heart of the City.

As well as supporting his family including his two sons, his interests outside of politics include most sports, and particularly football, rugby, cricket, snowboarding and motorsports. He is also a mini-rugby coach on Sunday mornings at Lincoln Rugby Club and has been for eight years.