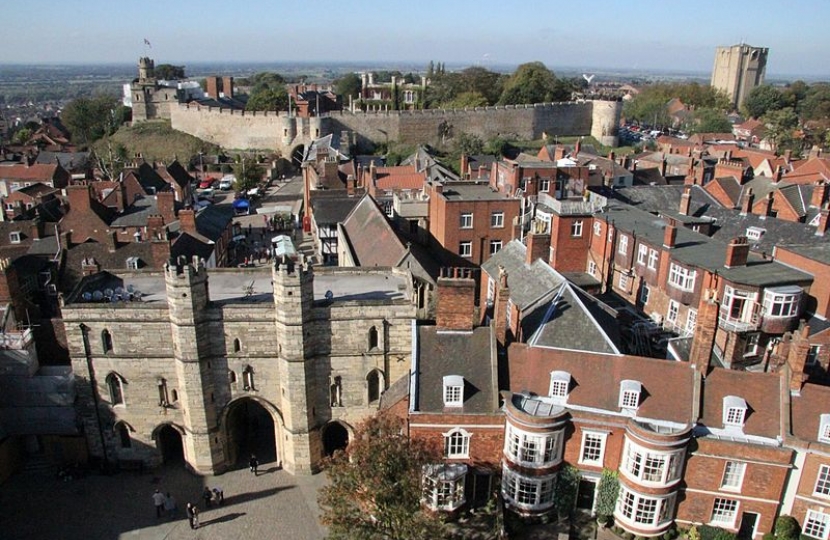 Lincoln is one of England's finest cities and first sent Members to Parliament in 1265, making it the oldest Constituency in continuous existence in the United Kingdom. The City is the County Seat of the County of Lincolnshire and is home to the magnificent Cathedral and Castle, two Universities (The University of Lincoln & Bishop Grosseteste University) and is home to Lincoln City and Lincolnshire County Council. The Constituency covers Lincoln, Skellingthorpe, Bracebridge Heath and Waddington East.

Our wonderful City is the jewel in the crown in the whole of the East Midlands and one of the best places to live, work and study in the whole of the UK. In Lincoln our businesses are booming, tourism rising and our universities thriving with far lower unemployment and crime than when I was elected in 2010.

The Member of Parliament for Lincoln from 1979 through to 1997 was Kenneth Carlisle (Conservative) who was followed from 1997 through to 2010 by Gillian Merron (Labour) at which time Karl McCartney (Conservative) became the Member of Parliament for the Constituency upholding the Constituency's status as a 'Bellweather' since 1974. He was re-elected with an increased majority in 2015 but whilst he lost at the General Election in June 2017 despite increasing his personal vote, he regained the seat in 2019 with a majority of 3,514 – his highest ever.

As Karl has said “Lincoln is the most loved City and jewel in the crown of the East Midlands It has a wonderful heritage, civic community and enterprise culture. It certainly is the best place in Britain to live, work, study and visit.”

The City of Lincoln Council has information on registering to vote and Lincolnshire County Council has a very useful web presence for residents throughout the Constituency.