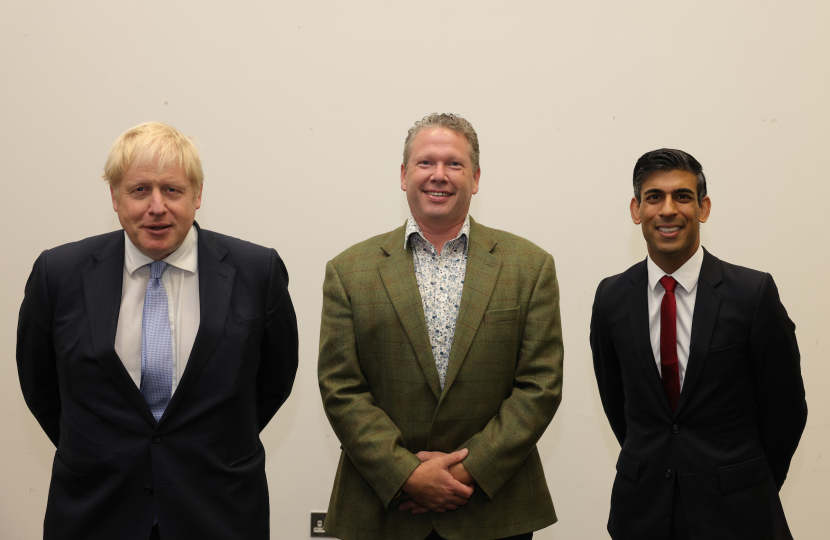 In the Spring Statement made this week by the Chancellor of the Exchequer, Rt Hon Rishi Sunak MP, the Conservative Government announced the biggest net cut in personal taxes in over a quarter of a century. This forms part of the Government’s new Tax Plan to support working families with the cost of living and the impact of the situation in Ukraine.

Lincoln's Conservative MP Karl, had called for a cut in fuel duty ahead of the Spring Statement to help Constituents and the businesses across Lincoln so he was pleased that the Chancellor has taken this action with further cuts as well.

The Chancellor made the point in announcing his Statement that the steps taken to sanction Russia are not cost-free and the biggest impact will be on the cost of living for working families. That is why the Conservative Government is reducing and reforming taxes to help Lincoln's families with the cost of living, creating the conditions for private sector-led growth in the City, and sharing the proceeds of growth fairly. The measures announced include:

In response to the Spring Statement, Karl said: “Earlier this month, I called for cuts in fuel duty to help workers, families and businesses in Lincoln so I am delighted that the Chancellor has acted. Raising the starting point where workers pay National Insurance and signalling futures cuts in income tax were very welcome too.

“The start of April will be marked by sharp increases in a number of household bills, and I absolutely share everyone’s concerns over looming rises in the cost of living, in particular, a spike in fuel and energy prices. Pressures created by global events, including the rise in wholesale gas prices and the Covid-19 pandemic, have unavoidably caused a strain on families and household costs in both the UK and elsewhere in the world too. And the situation in Ukraine reminds us that the UK’s security and ability to be a force of good in the world is in large part based on the strength of our economy.

“This is the complex context against which Chancellor Rishi Sunak announced the Spring Statement, which includes tough but necessary decisions to strengthen our economy. The statement outlined a new Tax Plan to reduce and reform taxes – including cutting fuel duty, cutting the basic rate of Income Tax and cutting National Insurance for 30 million working people.

“But we need to be clear that unfortunately, the steps we are taking to sanction Russia are not cost-free for us at home, the biggest impact will be on the cost of living for working families

“As a Conservative MP, I am determined though that the level of taxes workers, families and business pay is as low as possible, while ensuring we can afford to have first class public services and continue to invest in our City. Only the Conservatives can offer that to the people of Lincoln – all Labour can offer is far higher tax rises, more borrowing and poorer public services.

"We are delivering the biggest net cut to personal taxes in over a quarter of a century, and that is only possible because of the disciplined approach to public spending that only a Conservative Government can provide.”