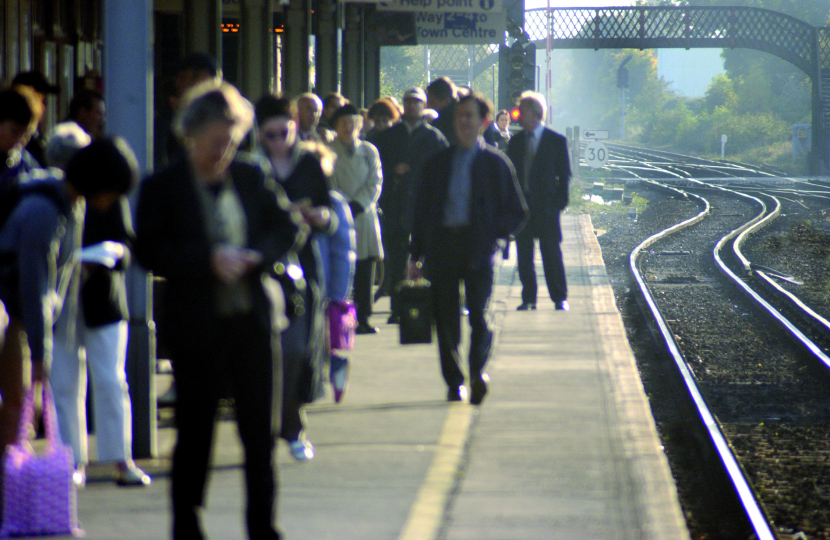 Following the announcement of the largest rail strike in more than 30 years, LNER and EMR have confirmed no trains will run to or from Lincoln on the three days of organised walkouts (Tuesday, June 21 / Thursday, June 23 and Saturday, June 25).

This will damage the tourism industry in Lincoln, especially on the Saturday and will also add huge inconvenience to the livelihoods of working people and businesses who depend on the railway to make it into and out of the City. Kier Starmer’s Labour Party have publicly backed the strikes showing they are on the side of the unions and not on the side of local working people and business.

Karl, who is also a member of the House of Commons’ Transport Select Committee, said “These strikes, actively backed by Starmer’s Labour Party, will cause huge damage to our City’s way of life – from reducing tourism numbers to undermining the livelihoods of local people and businesses. They are unacceptable.

“It shows that time and again Starmer's Labour Party fail to stand up for the rights and concerns of working people, with this being just the latest example. His trade union friends are clearly introducing a new form of lockdown but he doesn't care because in his eyes their interests must come first. It is all because he needs their money. Rail workers, like so many, deserve a fair deal, but that should not be at the cost of others in our City who see their livelihoods undermined.”