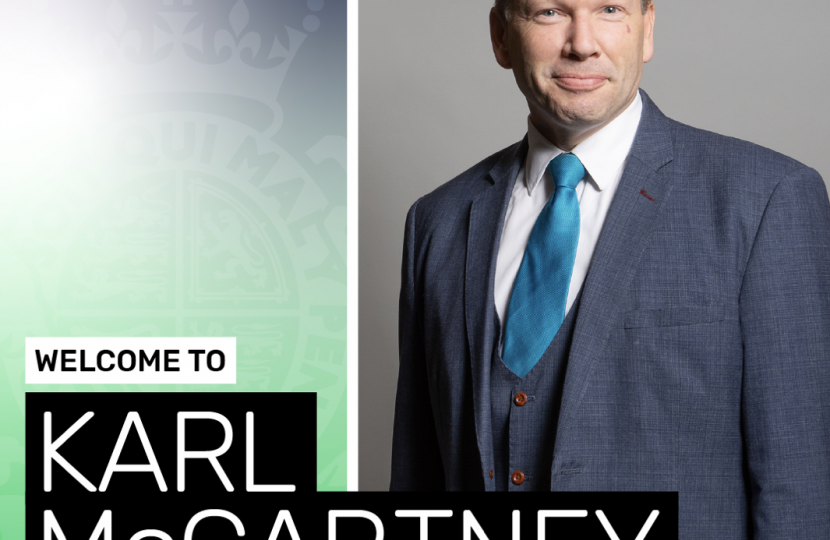 Karl has been a long-standing member of the House of Commons’ Transport Select Committee and has developed significant expertise in this policy field.

In response to his appointment, Karl said: “I am pleased to have been appointed as a Government Minister within the Department for Transport, it is a real honour.

“Transport and its associated infrastructure is a key component in the government’s “Levelling Up” agenda – and will be a high priority for the incoming government. It has also been a key policy area that I have focussed on since becoming the Member of Parliament for Lincoln in 2010. I look forward to working with Grant Shapps, the Secretary of State, in the weeks ahead to help continue to deliver this important agenda.”