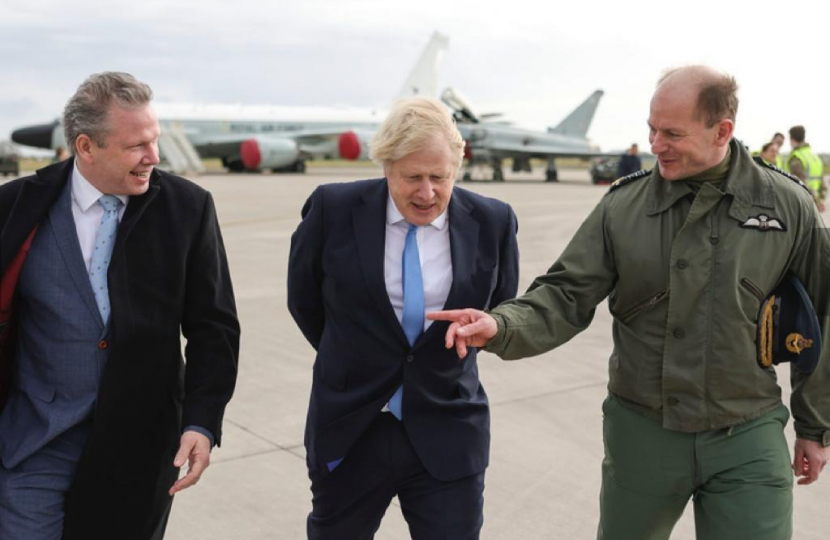 Following the vote on Monday 6th June on the Prime Minister by Conservative MPs, Karl McCartney, MP for Lincoln, stated:

“I can confirm that I voted in support of Boris Johnson last night and he continues to retain my confidence as our Prime Minister.

“Since he was elected as Conservative leader, on all of the big decisions throughout the difficult last couple of years, including those affecting Lincoln, he has made the right call.

“Nationally, he has made sure that Brexit was delivered which was what the majority of people in Lincoln wanted as seen by the Referendum result in 2016.

“He also delivered the fastest Covid vaccine rollout in Europe, ensured the economy is bigger than it was before the lockdowns and clearly demonstrated world-leading support for the people of Ukraine.

“By backing Prime Minister Boris Johnson in a confidence vote yesterday, the Conservative Party can put the distraction of the past few months behind us, unite, and focus on getting on with the job – serving our constituents and the country, as we were elected by them to do.

“My focus, and indeed the Government’s focus, is now as it should be, on growing the economy, cutting taxes, making our streets safer, and busting the NHS backlogs. There is no alternative leader, no alternative plan and no alternative way forward being promoted by anyone else, and certainly not by the King of Durham, Sir Keir Starmer.

“The Prime Minister has also made significant progress on a range of manifesto commitments including those affecting Lincoln such as delivering extra police officers, of which 200 more have been recruited for Lincolnshire.

“He has also ensured that there has been investment in our City Centre, County Hospital and in our Universities and College. He has also delivered on the funding for the Northern Hykeham Relief Road which will form the final piece in the jigsaw in creating a ring road around the City, which will benefit the whole region and 100 000s of Lincolnshire residents and visitors.

“Boris has and will continue to deliver for this Country and for Lincoln and our County.”