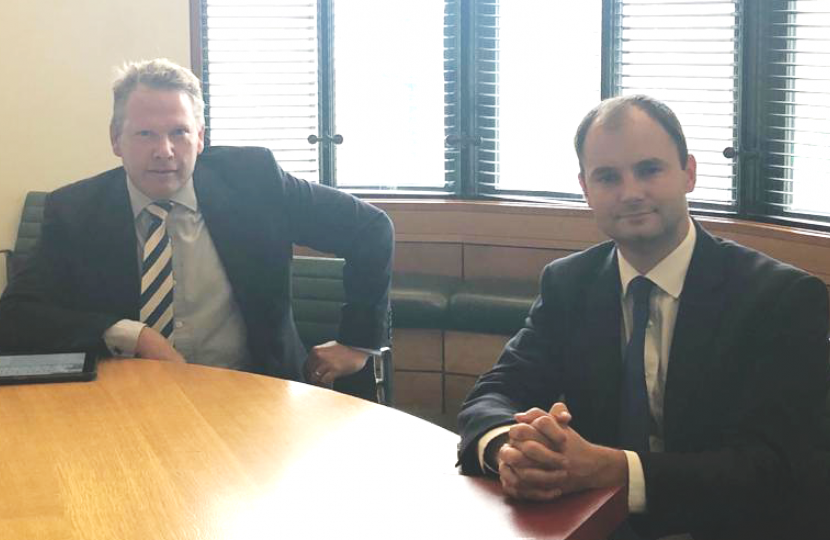 Karl McCartney said completion of the so-called Southern Relief Road, the last segment of the original Eastern Bypass, is urgently needed to ease congestion in both the heart of the City and the City’s surrounding villages and suburbs, and it is imperative that it’s completed before any house building as part of the Western Growth Corridor Project, currently being pushed through by the City’s Labour-run Council, is undertaken.

He said: “Any delay in the completion of the Southern Relief Road, the ‘5-7pm section’ of the City’s Eastern Bypass, being built will negatively affect a huge swathe of Greater Lincoln residents who live in the commuter areas of North Hykeham, Waddington and Bracebridge Heath -- as well as all those drivers who use the incomplete Eastern Bypass and find themselves using residential roads to find and reach the A46 or to travel particularly north to south and vice-versa.”

“I have particular concerns with the increased traffic flow in the village of Waddington and all over the South of Lincoln. Namely along Brant Road, Station Road and Grantham Road. The building of the complete Eastern Bypass will help ease some of these issues, hence the need for it as soon as possible, and why I have campaigned for it since 2004.”

Mr McCartney laid out his concerns over delays, capacity and safety during his latest meetings in September with a number of both Transport and Ministry of Housing, Communities and Local Government Ministers, as part of his long-standing campaign to improve road infrastructure and housing provision across the City and region, and will continue with a meeting with Highways England.  His lobbying again in the near future with those at the local government level in the county, will focus on the positive benefits of completing Lincolns ‘mini - M25’ as soon as is reasonably practical.

The southern part of the Eastern Bypass, 5-7pm on a clockface, is also known as the Southern Bypass or Southern Relief Road, and is the last outstanding section to be completed of the Eastern Bypass project, which Karl has campaigned for since first being elected in 2010, and by doing so demonstrated he realised and grasped the importance of this project over 15 years ago.

He added: “The completion of the Eastern Bypass will be a major economic bonus for the area -- offering increased flow of traffic, environmental benefits, employment opportunities and extra development opportunities for housing and commercial purposes across the hinterland of our City.”

Lincoln will receive £87,816 to help local high streets reopen and attract shoppers and tourists.
Conservative Government investing a total of £56 million through the Welcome Back Fund to help councils prepare for the end of lockdown when it is safe to do so.