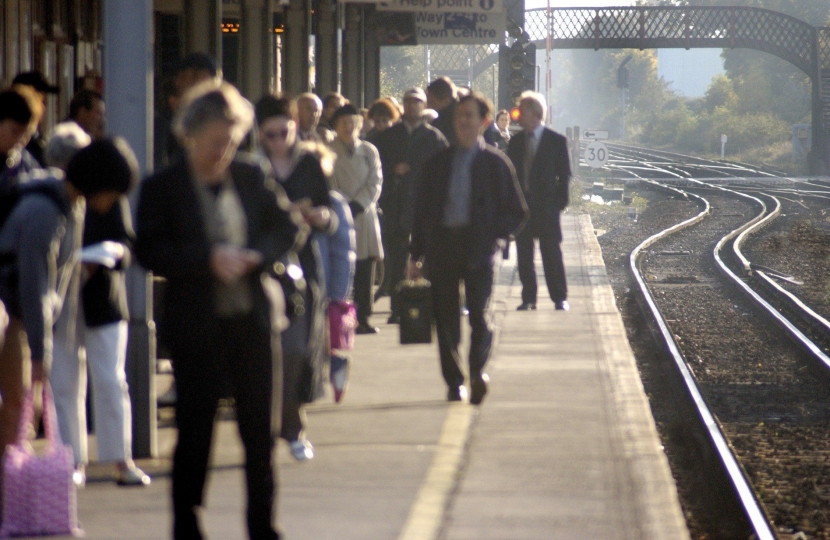 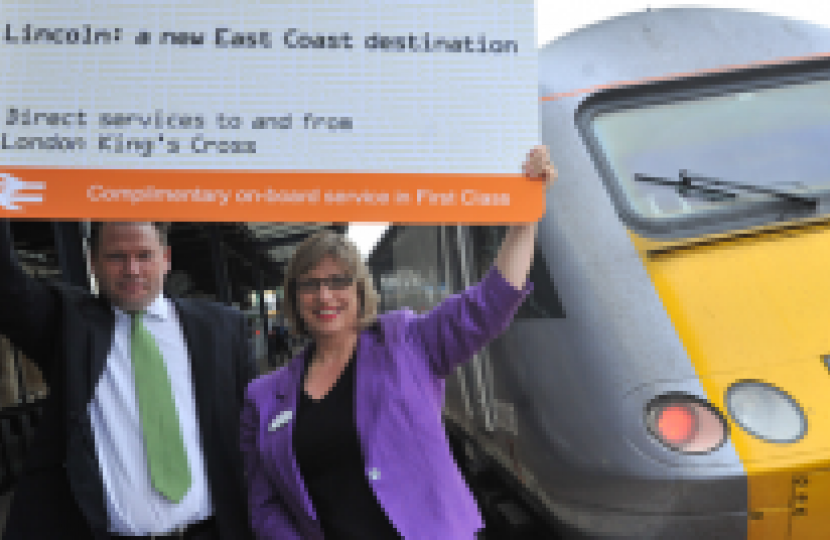 Because, as a Government, we Conservatives have taken difficult decisions on spending elsewhere as part of our long-term economic plan, we can afford to act on the concern over rail fares and, for the first time in a decade, regulated fares will not rise on average by more than the rate of inflation, offering relief for families and the hardworking people who use our railways.

And on top of this commitment, we have also reduced the flexibility that train operators can exercise on any individual fare, so long as the overall cap is adhered to, from five per cent to two per cent.

Of course, I readily acknowledge that freezing the average fare in real terms does not immediately mean that it is still not difficult for many households in the UK to cover the new cost of their season ticket. Nonetheless, as a result of the economic policies that this Conservative-led Government has put in place, the most recent forecasts from the Office for Budget Responsibility are that by around 2015, fares will be rising in line with wages and salaries.

Under the last Labour Government of 13 years, our rail fares rose faster than prices year after year, and ‘flex’ pricing was introduced to allow large back-door increases in fares by the various rail companies. This had a big impact on thousands of families and their monthly budgets. The best way to help with the affordability of rail travel is to continue with our policy of reducing the structural deficit and ensuring our economy is back on a sustainable footing. Equally, in the shorter term, our action on 2014 fares will put money back in the pockets of hardworking people.

Meanwhile, we will continue to drive forward our rail modernisation programme, with £38 billion, including £16 billion of government funding, being invested over the next five years. That means new state-of-the-art trains, better stations and hundreds of miles of electrified track (some of which we could certainly benefit from in Lincoln, if the line from Lincoln to Newark and onto Nottingham were to be electrified) which will help cut journey times, provide better connections and stimulate growth across the Country.  However, the priority I set myself on being elected as the local Member of Parliament was to secure improvements locally that we had not seen in the previous 13 years under a Labour Government.  The transport infrastructure in and around Lincoln will see in the near future significant improvement with pedestrian footbridges planned over both of the two level crossings in Lincoln’s City Centre, improving continuous pedestrian access to shops on the High Street and connectivity across our City Centre.

I have also warmly welcomed the recent £250K investment programme to improve the ticket hall at Lincoln Station . This project, financed by East Midlands Trains and Network Rail, will deliver a significantly improved station for Lincoln passengers. It will also provide a much improved station environment, featuring a new, brighter and enlarged, and perhaps quite importantly, a welcoming booking hall for visitors to Lincoln. The new look station hall will ease the flow of passengers and improve the overall travelling experience at Lincoln Station. An additional 40 bike spaces will also be provided to make it easier for passengers to cycle to and from the station.

In addition to acting on the concern over rail fares, it is of the utmost importance that we do all we can to improve rail, and transport links generally, to and from Lincoln, which is a vital hub for serving passengers in both our City and County. This major station improvement project will make a big difference to the overall travelling experience for the passengers who use Lincoln Station for over 1.6 million journeys every year. I look forward to attending the official opening of the new ticket hall in a few months’ time, and using it along with my constituents and visitors to Lincoln.