Statement on Prime Minister and Chancellor of the Exchequer 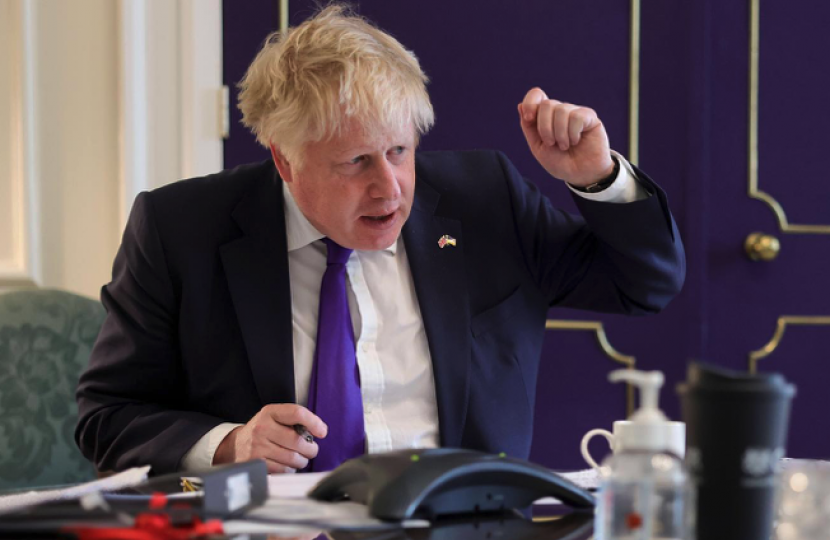 Following the decisions made by the Metropolitan Police with respect to the Prime Minister and the Chancellor of the Exchequer, I can confirm that both have my full support.

Both have rightly apologised in full and are sorry for what happened. This can be seen by the Official Statement that the Prime Minister has released.

I support the apology and the sentiments that it expresses. I would urge everyone to read this statement in full.

I fully understand how angry some of my Constituents will be with respect to the sacrifices they made and the rules they had to fully comply with (many of which I broadly opposed), whilst those who made them, on occasion, did not. It is right therefore that the apologies have been made.

I also feel it is important to read the Prime Minister’s Official Statement in full first before listening to the Leader of the Labour Party, who not only cannot bring himself to say what a woman is, he also wanted Covid lockdowns to last longer and be more wide-ranging.

I am very disappointed by those who actually arranged the event that led to this issue arising and it is clear that both the Prime Minister and Chancellor were not involved in that. Those who arranged this event have very serious questions to answer, and they should seriously consider their positions if they are still in them.

Furthermore, we are in the middle of a terrible global crisis with respect to Ukraine. Our Prime Minister and our Country are leading the world in terms of our response and support.

It is clear that it would only serve to boost and give comfort to Putin and his savage armed forces if there was any change in the leadership of our Country.

The Leader of the Labour Party, not unsurprisingly, has no sense of the gravity of this situation and the consequences of the changes that he “calls” for, if they actually happened. He is, as ever, shameless in solely putting the Labour Party’s interests first above anything else regardless of what he himself got up to in Durham around the same time.

The Prime Minister and Chancellor of the Exchequer have my full support.