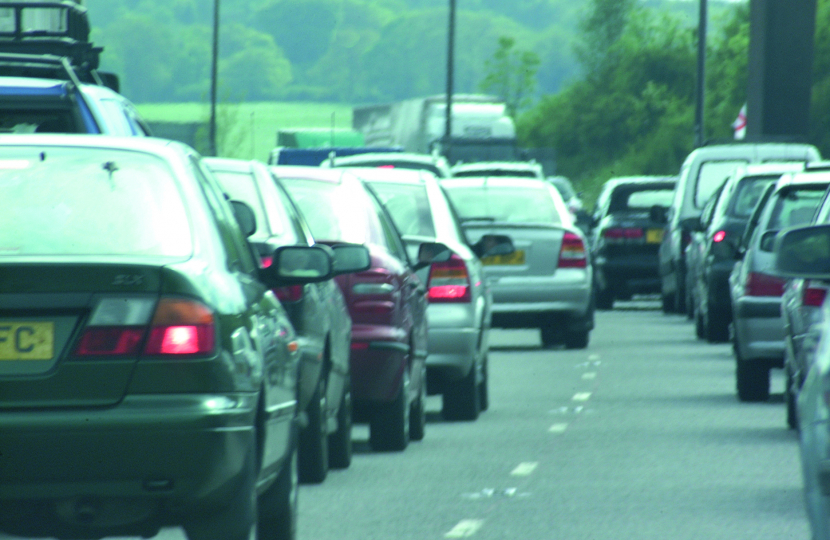 With the Conservative-run Lincolnshire County Council appointing Balfour Beatty as the contractor to design and build the North Hykeham Relief Road (“Southern Bypass”) this week, the “final piece in the jigsaw” in creating a ‘ring road’ around the Lincoln is moving ahead at pace.

Despite being told it was “unachievable”, Lincoln MP, Karl McCartney, has led the campaign in Westminster for this road and the completion of this ‘ring road’ ever since being elected in 2010.

This tenacious and committed approach to persuading the Conservative Government to commit £110 million to fund the investment, and their willingness to do so, has borne fruit. He has supported the work of Lincolnshire County Council throughout and commends them for never wavering from pushing ahead and for the progress they are making.

When the North Hykeham Relief Road relief road is complete this will bring huge benefits for the City and the County as a whole. No longer will local people, commuters and freight traffic have to go through the City if they do not need to or use unsuitable roads to navigate around it. This has clear economic, environmental and wider public benefits for everyone - from those living and working in Lincoln to those in the surrounding villages alongside those working in the County’s rural economy to the vital businesses in Grimsby and the Freeport at Immingham.

Lincoln MP, Karl, said: “The Conservative-run County Council should be commended for being so positive in continuing to push on with this vital road project. The official appointment of Balfour Beatty is very welcome. We can now continue to move forward at pace in creating the final piece of the jigsaw and complete a ‘ring road’ around the City of Lincoln.

“I remember being told when I have first elected in 2010 that this road and the ‘ring road’ as a whole was ‘unachievable’ but everyone who knows me realises I do not easily give up. I have never stopped knocking on the doors of Ministers and officials to make sure they listened and that they delivered. Now thanks to the support of the County Council and the Government, we are moving closer all of the time.

“This new road will have significant benefits to the City and the whole County. It will lead to more jobs, a cleaner environment and less congestion. This Conservative Government investment in our County’s infrastructure is another true sign of its commitment to improving the quality of life and opportunities for the area. This is ‘levelling up’ in action.”

As part of the scheme, a new dual carriageway would be built, linking the A46 Pennells Roundabout to the newly constructed Lincoln Eastern Bypass, creating a complete ring road around the city. New roundabouts would be built at South Hykeham Road, Brant Road and Grantham Road and a number of new bridges would also be constructed, including at Station Road and over the River Witham.