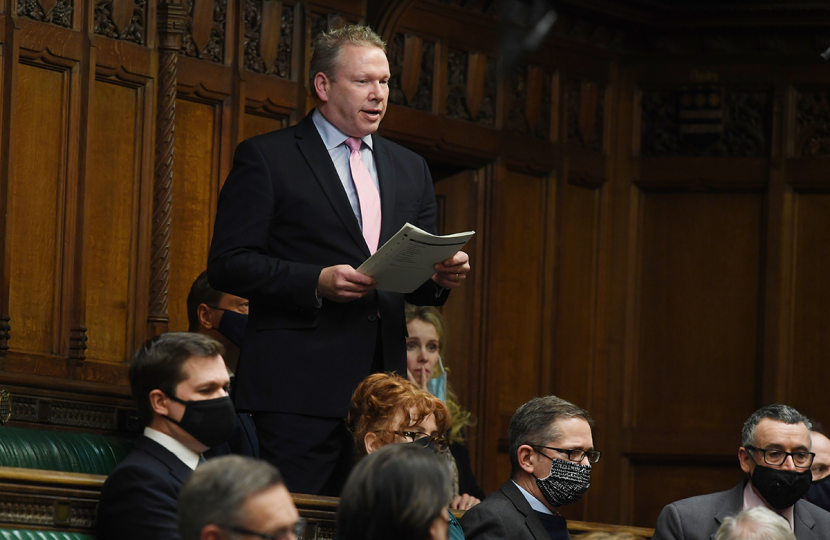 On the floor of the House of Commons on Monday 7 February, Lincoln MP, Karl McCartney, questioned the Government on the progress being made on supporting veterans through job centres. He was reassured that support was continuing to improve, especially through armed forces champions. This is important for Lincoln and the County as a whole given the size of the local armed forces who are at the forefront of protecting our Country.

In Parliament, Karl asked the Minister for Employment (Mims Davies): “What progress is being made by the work of armed forces champions in jobcentres?”

She replied by stating that the Government in April last year had updated jobcentre support including boosting the network of armed forces champions to 50. “These are focused on providing key support to our veterans and other members of the armed forces community to ensure that their talents and abilities are recognised and that they can move quickly on to their next step.”

Following up this response, Karl asked: “With Lincoln and Lincolnshire continuing to have a growing armed forces community—with RAF Waddington playing a national role and the Royal Anglian Regiment 2nd Battalion celebrating its freedom of the city last Friday—delivering the champions scheme along with other important parts of the armed forces covenant is important to my constituents, not least Councillor Bill Mara in Witham ward. What more can be done in respect of the scheme to signpost veterans to these services?

The Minister responded by stating: “I absolutely agree with my hon. Friend. In Lincoln, the armed forces champions are already receiving good feedback in their role. They work with several councils and local homeless veterans to make sure that those veterans get suitable housing. In fact, in the case of West Lindsey council, they worked with adult social care to get permanent housing for a claimant with a history of alcohol addiction. They are also helping claimants who are veterans back into work, using the flexible support fund and working with local employers and employment agencies.”

Following the questioning, Karl said: “I was pleased with the Minister’s response and the commitment that the Conservative Government made with respect to the support armed forces veterans have available to help them find work. Given their years of service and the dedication they give to our Country, it is the very least that we can do.

“Furthermore, the fact that we have a growing economy with more jobs and are also investing in technical teacher opportunities which are a perfect fit for many veterans, we are on the right path to providing them with the support they rightly deserve.”