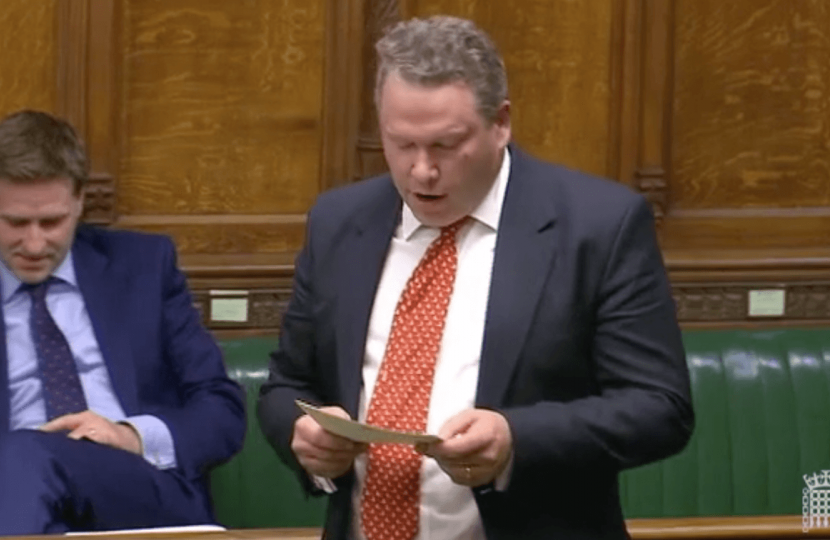 On Wednesday 13 April, Karl McCartney MP, Member of Parliament for the City of Lincoln, shone the spotlight on the importance of golf to the UK economy in an Adjournment Debate that he secured in the House of Commons. Karl is currently the Chairman of the All Party Parliamentary Group on Golf and during the debate he praised a number of people and organisations in the County of Lincolnshire.

In his speech, he referred to a report called “A Satellite Account for Golf in the UK” commissioned by the Royal and Ancient Golf Club (the R&A) and produced by the Sport Industry Research Centre (SIRC) at Sheffield Hallam University.

In the debate, Karl also hailed the work of Lincoln Golf Centre who are leading the way in their initiative to improve the lives of people living with dementia by introducing them to golf. This project was supported by Lincolnshire-based England Golf, the home of the amateur game, and by Anthony Blackburn, founder of Golf In Society who were both praised in the Debate for their support in promoting the game across the UK.

Karl McCartney MP, Member of Parliament for the City of Lincoln, said: “Golf is one of Britain’s greatest sports and one this country brought to the world. Its value to our country in terms of economic benefits, employment and public health are substantial and should be recognised and celebrated. The report commissioned by the Royal & Ancient and produced by the Sport Industry Research Centre at Sheffield Hallam University is a landmark piece of work and should form the foundation for the sport to continue to grow.”