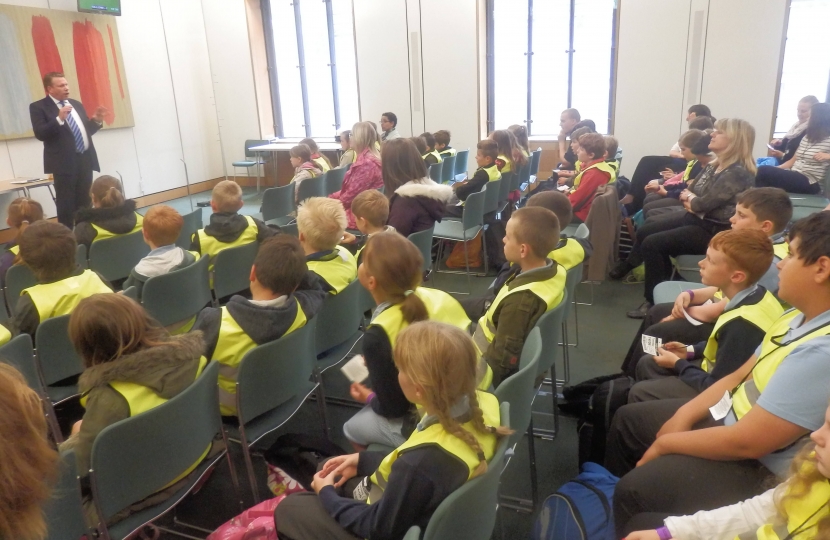 The City’s Member of Parliament, Karl McCartney MP, has hosted a visit to Parliament by a large group of Year 5 pupils from the Priory Witham Academy in Lincoln.

The pupils and their Teacher, Ryan Holmes, enjoyed a tour of Parliament, which included a viewing of the House of Lords, before meeting Karl for an hour-long Q&A. The children asked Karl questions about his work both in Parliament and in Lincoln, in addition to his views on the forthcoming EU Referendum.

Karl McCartney MP, said: “I always enjoy welcoming Lincoln’s schoolchildren and their teachers to Parliament so they can see where the laws that affect them and their families are made.

“I was lucky enough to meet the Year 5’s back in December, and I promised their Teacher, Mr Holmes, that I would organise a trip to Parliament for the children this Summer.

“Priory Witham’s pupils put a whole range of questions to me. It was clear to see that the youngsters have a keen interest in how their City and Country is governed. They are a credit to Lincoln.”