Karl attends the official opening of the East-West Link 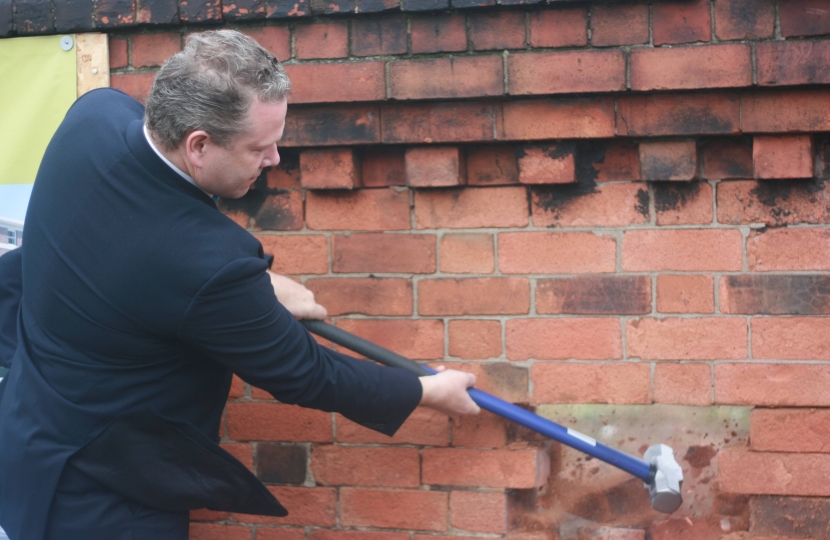 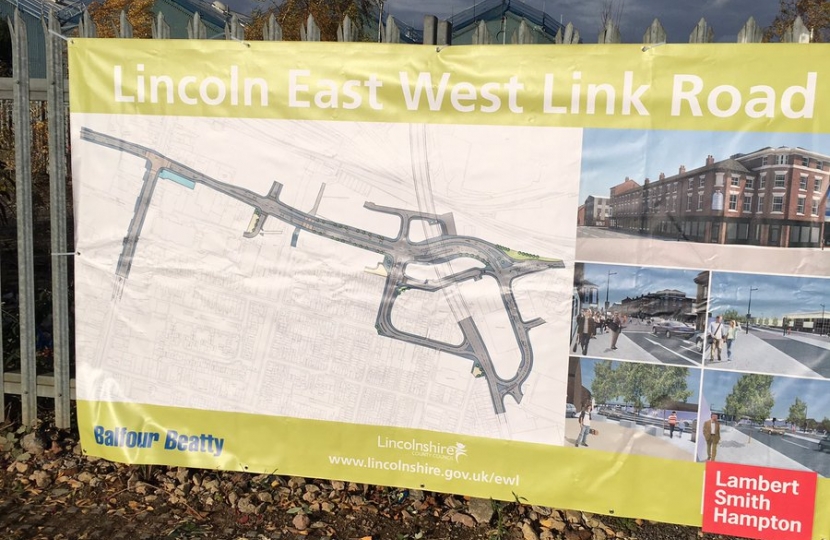 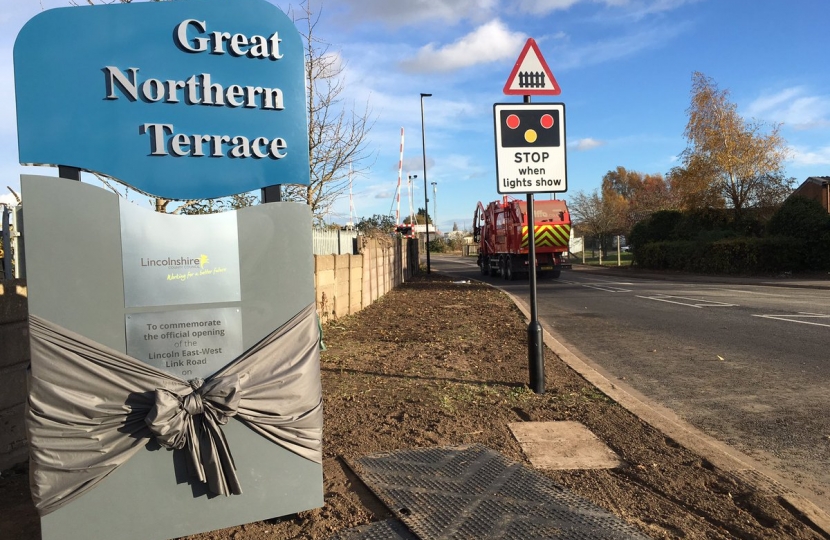 On Friday 18 November Lincoln’s Member of Parliament, Karl McCartney MP, attended the opening of the new East-West Link Road in the City of Lincoln.

The event was kindly sponsored by Lambert Smith Hampton.

The £22 million East West Link Road provides a direct link from the High Street (at its junction with Tentercroft Street) to Pelham Bridge and Canwick Road, meaning traffic can bypass the City Centre level crossings.

Work on the new road started at the beginning of November 2014 and has been carried out by Balfour Beatty Construction.

The road marks the first time Lincoln will have a direct East-West link. Historically, it has always been North to South.

Mr McCartney, who was joined by the Leader of Lincolnshire County Council, Cllr Martin Hill OBE, and the Executive Member for Highways and Transport, Cllr Richard Davies, among numerous other established guests and representatives, unveiled a commemorative plaque and gave a speech to thank the main contributors to the project.

Karl McCartney JP MP, Lincoln’s Member of Parliament, said: “I am so very pleased that the East-West Link road - which we have all worked so very hard to deliver - has finally been officially opened and I was delighted to join Cllr Martin Hill and Cllr Richard Davies, Cllr Ric Metcalfe and many others on what was a great occasion for our City.

“In delivering the East West Link we have been ably assisted by the main contractors, Balfour Beatty, Greater Lincolnshire Local Enterprise Partnership who provided funding and Lincoln City Council who made the necessary land available.

“I would also like to thank the local community and businesses who have shown so much patience during the building of this road.

"It seems like only yesterday I was assuring the start of the project by knocking through the wall on Cross Street.”